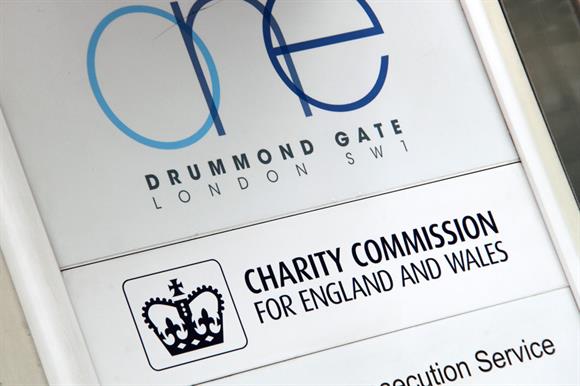 ACEVO’s head of policy, Kristiana Wrixon, asks how we can break the cycle and move forward conversations on public trust with the Charity Commission

There is a lot to welcome in the Charity Commission’s new statement of strategic intent: commitments to making better use of technology, to being less reactive, to providing advice and guidance, and to ‘lead thinking about how charities can thrive in a changing world’. This is the kind of focus that ACEVO has called for and the kind which could generate real improvements in the charity sector.

However, instead of focusing on any of its five new strategic objectives, Charity Commission chair Baroness Tina Stowell chose to use the platform of the strategy’s launch to talk about declining public trust and her concerns about ‘uncharitable’ behaviour. On Radio 4’s Today programme she said “they [charities] are forgetting that charity is about how we behave not just what we aim to achieve.” Admittedly this is not a new development. At her pre-appointment hearing in February, Baroness Stowell told the Department for Digital, Culture, Media and Sport select committee that she wanted to “tackle the decline in public trust.” However I have to admit that the realisation that we could be facing at least another two and a half years of rhetoric about plummeting public trust did leave me feeling frustrated and dejected in equal measure.

But Monday brings a fresh perspective and I am sure that there are people sitting at the Charity Commission today thinking: when are charities going to get it? Why are they so complacent?

And if we both stay in these positions, then it is likely the conversation will never move forward. The outcome will be a vicious cycle of self-fulfilling prophecy whereby public trust is eroded because the Charity Commission keeps talking about it because the Commission doesn’t think charities are getting it.

So I am writing this blog in an effort to break the cycle and achieve what we all want – a stronger charitable sector that creates greater public benefit.

It is important then to reassure the Charity Commission that ACEVO is not complacent. The sector is not perfect. Some of the weaknesses in the sector are systemic and impact a large number of charities (for example a lack of diversity and inclusion); others impact charities operating in different sub-sectors or those that use specific operating or fundraising models.

I think at ACEVO we have demonstrated that we are willing to challenge the sector and our members to improve practice. ACEVO has been actively involved in the sector’s response to allegations of sexual exploitation, including publishing a report on leading with values to create safe cultures, and has asked civil society leaders to commit to eight principles to improve diversity. ACEVO also sits on the Governance Code of Practice steering committee, an initiative that is sector-led and aims to support and encourage the adoption of good governance practices.

However, finding common ground and working together towards our shared goals will be more challenging than it needs to be or should be if the Charity Commission continues to issue statements that are characterised by journalists as “taking a broadside” at charities, as happened on Radio 4’s Today programme last week.

In order to break the the cyclical discussion on trust, I am asking the Charity Commission to do the following:

The Charity Commission is the only organisation in the country that has access to large amounts of data about what happens when things go wrong in charities. This information is valuable and charities need access to it if they are going to improve.

If mistakes of the past are not analysed and recommendations published in order to reduce the risk of that problem happening again, we are doomed to repeat them. If this happens we will be stuck in another vicious cycle, one in which the Charity Commission sees the same mistakes being made over and over again and charities not knowing the early warning signals that could perhaps prevent more significant, harmful or serious errors.

Making conclusive statements that cannot be supported through the research is damaging to trust. For example, to inform its strategic review the Charity Commission held six focus groups each containing eight or nine participants. That’s 54 people. Yet in her speech at the RSA last week Baroness Stowell said: “We have firm evidence of near universal accord among the public on this basic expectation [that being a registered charity will need to amount to more than it does today if that status is to survive].” If the Commission is to make bold assertions about universal agreement among the public, it must conduct wider and more in-depth research.

For example, a participant in one of the Charity Commission’s focus groups said trustees are “well-meaning” but “might not necessarily know the role of a trustee too well”. He suggested that receiving training could be useful, something I agree with. However, a different focus group participant in a different discussion said: “A lot of the charities can be too admin focused, so you don’t actually get the money.”

So should charities spend money on courses to upskill trustees or spend less money on administrative costs?  It is examples like this where the Commission needs to represent the best interests of those that come into contact with charities, whether supporters, donors, beneficiaries, volunteers, staff or trustees. None of these groups are well served by a charity that is too scared to send its leaders on courses lest the regulator accuses it of being out of touch with the public.

We look forward to hearing more about the Charity Commission’s strategic objectives. They have the potential to improve practice in the charity sector. However if the Charity Commission continues to communicate in a way that we think is more harmful then helpful, we will continue to be vocal about it.  In her speech at the RSA Baroness Stowell said that she will not measure the Commission’s success on how many public fights she picks with charities; equally we don’t measure ACEVO’s success on how many fights we pick with the Charity Commission. We both want the same thing and I hope that the future sees more constructive public debate about how we achieve that.

If you are a member and want to get in touch with your thoughts email kristiana.wrixon@acevo.org.uk

2 thoughts on “Breaking the cycle: taking discussions on trust to the next level”